Showing posts from July, 2018
Show All

Tuesday, July 10, 2018
Congratulations to Alex on getting his MSc in the field of Cyber-security and Human Factors. My personal opinion is that we too often miss out in the impact of cyber attacks on people, and similarly don't spend enough time looking at the factors that motivate people to attack others using cyber tech. The qualification Alex has gained is a big step forward in getting people to understand the link and I'll be pushing it as part of our portfolio. In other words we're not just about cyber security but we're also about the people.
Post a Comment
Read more

A personal interest post - Replacing the Tornado in the RAF 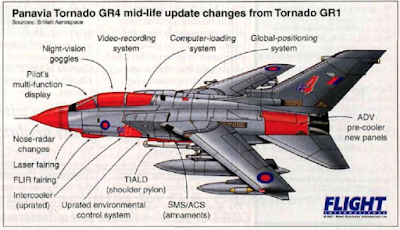 This will focus on the Panavia Tornado IDS. In RAF service the Tornado was originally designed as a replacement for the Canberra. When it entered service in the 1980s it replaced the remaining Avro Vulcan B2s and replaced some the squadrons of Jaguars and Buccaneers. The Tornado GR1, once it entered service, plans were already afoot for upgrades and replacement.  Mid-Life Upgrade (MLU) 88 - cancelled. End of the Cold War peace dividend. The driver of the upgrade was the ability to deliver low-level nuclear weapons against Warsaw Pact Forces.  The driver behind the MLU88 upgrade was to provide a fully automated, covert, low-level- penetration capability.  In addition to an improved avionics architecture, new displays and sensors were included - including a forward-looking infra-red (FLIR), new armament and control, and terrain reference navigation (TRN) systems and covert radio altimeter.  The additions of the FLIR and TRN were intended to allow the Tornado to be flown at a low lev
Post a Comment
Read more
More posts