Showing posts from August, 2020
Show All

Tuesday, August 18, 2020
Introduction This post aims to share information about the ETSI Standards development process to people who are unfamiliar with the work ETSI does. Also, I add my own insights from my experience of the work at ETSI though it is limited at the moment but should still prove useful. Steps The objective of the ETSI Standards Making Process (SMP) is to convert market needs for  standardisation  in the ICT area into ETSI deliverables (specifications, standards, norms, guides, reports) used in the market place. The input to the process is an existing (as yet known or unknown) market need for standardization. The output is the broad application of the produced deliverables in the market place. The SMP consists of several elements with their own distinct objectives, inputs and outputs. Each process is defined to the level of which operational tasks are performed, and wherein the ETSI organisation they are performed. The whole ETSI organization is in one way or the other involved in either opera
Post a Comment
Read more 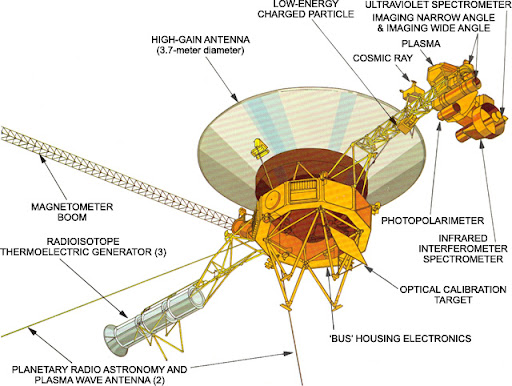 Introduction I have always been fascinated by and interested in the Voyager space probes. They greatly expanded our knowledge of our solar system from the four gas giants of Jupiter, Saturn, Uranus and Neptune to their continuing scientific mission which have revealed the boundaries of solar system and the start of interstellar space.   Goals The twin spacecraft Voyager 1 and Voyager 2 were launched by NASA in separate months in the summer of 1977 from Cape Canaveral, Florida. As originally designed, the Voyagers were to conduct closeup studies of Jupiter and Saturn, Saturn's rings, and the larger moons of the two planets.  To accomplish their two-planet mission, the spacecraft were built to last five years. But as the mission went on, and with the successful achievement of all its objectives, the additional flybys of the two outermost giant planets, Uranus and Neptune, proved possible -- and irresistible to mission scientists and engineers at the Voyagers' home at the Jet Prop
Post a Comment
Read more

Friday, August 07, 2020
Introduction The term cyborg anthropology was first described in a paper from 1995. They viewed cyborg anthropology as bringing cultural anthropology of science and technology into conversion with established activities in science and technology studies plus feminist studies of science, technology and medicine. By calling attention more generally to the cultural production of human distinctiveness by examining ethnographically thee boundaries between humans and machines along with and what constitutes the boundaries between them. This post will aim to give an overview of the area and its usefulness in studying human-computer interactions. Though this means all devices not just traditional  computers so smartphones, tablets, IoT devices etc. In short cyborg anthropology aims to combine grounded research on human-technology interactions  with an openness to speculation and imagination. Use & Purpose Like all anthropologists, a cyborg  anthropologist  will watch or study people (livin
Post a Comment
Read more
More posts