Showing posts from October, 2018
Show All

Are we designing cybersecurity to protect people from malicious actors?

Tuesday, October 30, 2018
This blogpost is based on a paper written for the  International Conference on Human Systems Engineering and Design: Future Trends and Applications (IHSED 2018).  Abstract When the discussion about engaging people to take an active approach to cybersecurity there is a focus on ensuring they protect their devices from malware and controlling access to their devices. There is a lesser focus on providing education and awareness to identify potential attacks from malicious actors. At the moment technology and software companies focus on protecting devices and not the people directly. This is due to a need to protect data from malware and unauthorised access. The conversation surrounding cybersecurity and data protection has come to the fore again due to the EU General Data Protection Regulation 2016/679 (GDPR) and hardware design flaws that include Intel Spectre bug. This paper will look at four areas the first is basic phishing attack along with malware and ransomware. The second are
Post a comment
Read more 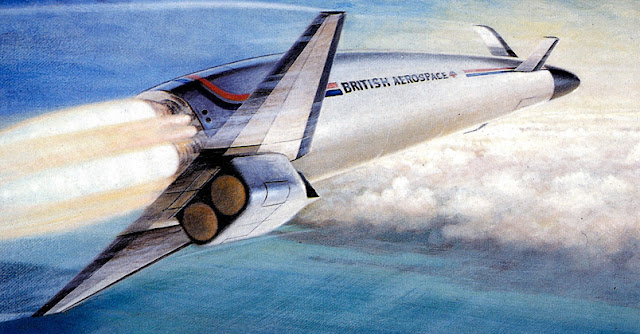 Introduction These are a few examples of British space projects that were studied and examined. Some of them had UK government support and funding while others were either company led and developed or done under private research. Sources and images include secretprojects forum, flightglobal archive, aviation week archive and the BIS site. BAe HOTOL This single-stage-to-orbit winged horizontal takeoff or landing (HOTOL) launch vehicle concept was powered by the unique Rolls-Royce RB545 air / liquid hydrogen / liquid oxygen rocket engine. HOTOL development was conducted from 1982 to 1986 before the British government withdrew funding. It was superseded by the Interim HOTOL design which sought to reduce development cost through use of existing LOx/LH2 engines. HOTOL development was begun in 1982 by a Rolls-Royce / British Aerospace team led by John Scott and Dr Bob Parkinson. The project was reasonably well advanced (engine detailed design and mockup) by the time the British go
Post a comment
Read more

Introduction Throughout the 20th Century the Royal Navy designed and examined different types of fleets that were never realised either due to budget constraints, arms treaties or the changing nature of war. These are only a few examples of the different types of unbuilt fleets. Some of these had prototypes built and tasted for the Royal Navy which would serve as technological testbeds. Images and info from secret projects forum, shipbucket, popular mechanics/science and naval-matters. Washington Naval Treaty (WNT) The  Washington Naval Treaty  was a treaty signed during 1922 among the major nations that had won  World War I , which agreed to prevent an  arms race  by limiting naval construction. It was negotiated at the  Washington Naval Conference , held in  Washington, D.C. , from November 1921 to February 1922, and it was signed by the governments of the United Kingdom, the United States, France, Italy, and Japan. It limited the construction of  battleships ,  battlecruisers
1 comment
Read more 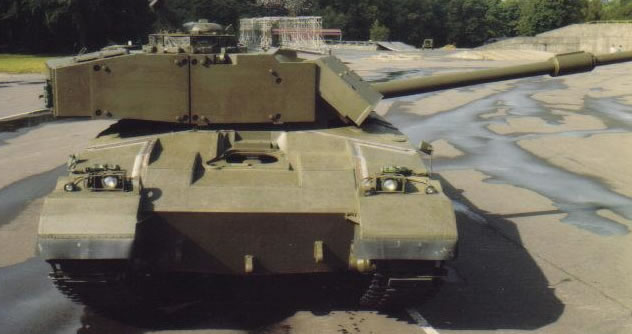 This blog show cases  a few of the unrealised projects that were either studied or developed for the British Army but due to changing requirements or budget  constraints  were never pursued. This draws from different references including; secret-projects forum; ukarmedforcescommentary; tanknutdave and flight-global archive. MBT-80 The British MBT-80 was planned as a replacement for the Chieftain MBT. T he Chieftain had patrolled  along the border between West and East Germany through out the 60’s and 70’s as a MBT, its replacement was scheduled for the mid 80’s to take on the might of the Soviet Armies MBT’s like the T-72 and T-80. The replacement for the Chieftain had to be capable of being fitted with Chobham armour.  The design of the MBT-80 was never finalised nor working prototypes built, though there were two test rigs built used for experimenting and testing systems/equipment that would have been used on the MBT80 if it had entered production. The new tank was to hav
Post a comment
Read more
More posts