As we pick-up the pace to decarbonise the aviation industry is meeting the challenge through R&D and demonstrator aircraft. I find it can interesting area which if we need to succeed at. This post aims to give an overview of what type of research is going on and the direction it is heading in.

The E-Fan X is a complex hybrid-electric aircraft demonstrator using a modified Bae 146. In the test aircraft, one of the four jet engines will be replaced by a 2MW electric motor, which is roughly equivalent to that of 10 medium-sized cars. The electric propulsion unit is powered by a power-generation system and battery. When high power is required—at take-off, for example—the generator and battery supply energy together.

Electrified Aircraft Propulsion (EAP) is the use of propellers or fans driven by electric motors to propel aircraft ranging from air taxis to subsonic transports. NASA is developing technology, aircraft concepts, test aircraft, and ground test facilities to turn this idea from science fiction to reality. 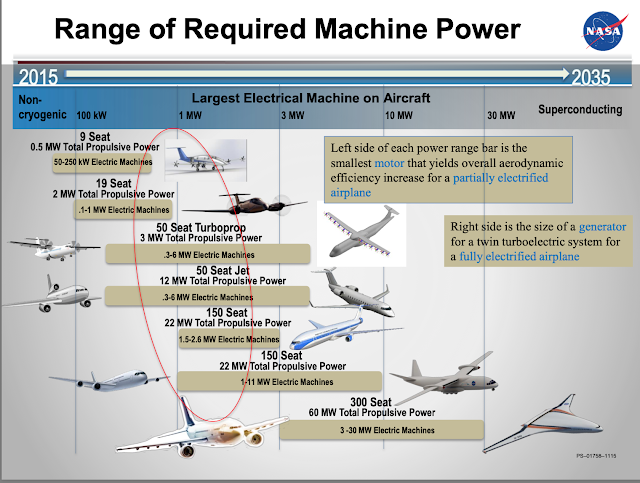 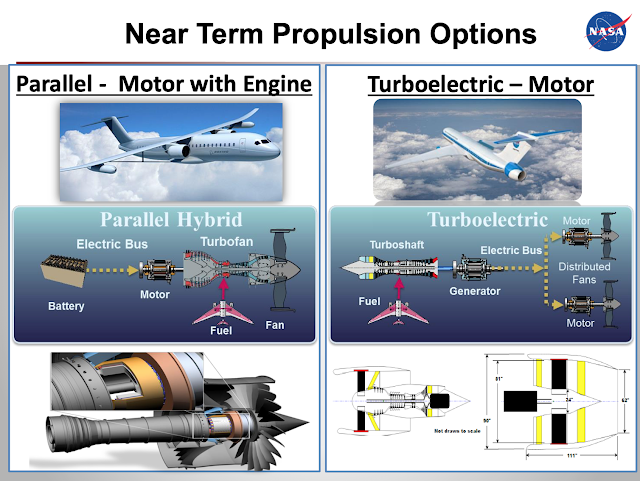 Are at the moment building and testing a design that aims to be fastest all-electric plane. ACCEL is scheduled to take to the skies over Great Britain in 2020. ACCEL is designed to reach a speed of 300 mph and more.

ACCEL has the most energy-dense battery pack ever assembled for an aircraft so far. It can provide enough power to fly 200 miles (London to Paris) on a single charge. Its 6,000 cells are packaged for maximum lightness and thermal protection. An advanced cooling system can withstand the extreme temperatures and high-current demands during flight. Three high power density electric motors designed and manufactured by YASA in the UK will drive the propellers. Combined, these motors will continuously deliver more than 500 horsepower for the record run in 2020. The all-electric powertrain will run at 750 volts and will deliver 90% energy efficiency with zero emissions.
Conclusion

I hope the information presented here is of interest and I encourage further reading on this topic. Also, there are other challenges such as fuel that needs to be addressed. Research from the US Airforce has shown that synthetic and biofuels for aircraft can used with no major modifications to existing aircraft. While hydrogen used either in gas turbines or fuels cells shows promise though there is still the challenge of storing hydrogen that needs to be solved.